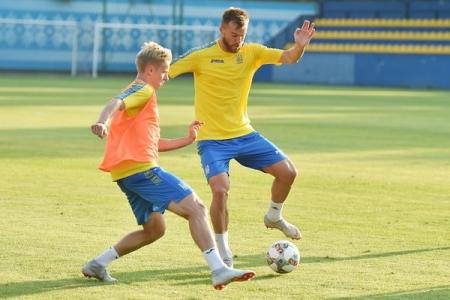 Thursday, September 6, the Ukrainian team will start a new tournament from the UEFA League of Nations. To start the team, Shevchenko has fallen out with the once formidable Czech Republic, is now experiencing not the best times, but no less dangerous.

The Czech Republic had not a convincing qualification for the 2018 world Cup. In eight games of qualifying, the Czechs scored only nine points, and managed to skip ahead of even the national team of Azerbaijan, but two wins in the end over Azerbaijan and San Marino Czechs corrected my situation and they finished third with 15 points after Germany and Northern Ireland.

Ukraine, recall, also came in third in their group selection for the 2018 world Cup, behind Croatia and Iceland.

Before the match, the Ukrainians and the Czechs, we decided to walk along the lines of teams, to understand who are the leaders of the teams and in what condition they come to the matches.Goalkeepers

After a trauma of the goalkeeper of Werder Jiri Pavlenky probably the goalkeeper of the national team of Czech Republic is Tomas Vaclik. This summer he moved to Sevilla, becoming the first number. Tomas has already managed to spend 9 matches, 5 of which are “dry“ in the Europa League and left a good impression.

We place the first number, in connection with the lack of practice in Real life, Andrei Lunin, expect Andriy Pyatov and Denis Boiko. The start of the season more confident spends smartly but it is unlikely that a long-time goalkeeper of the national team Pyatov give him a seat in the main team. He played in all eight matches of Shakhtar in this season and in half of the meetings missed, but all these matches were League and super Cup, as Shakhtar in the European competitions has not yet started.Protection

In the Ukrainian team look forward to on the field a very inexperienced squad. Well started the season Mykyta Burda in the national team played only two matches and in them was Serhiy Kryvtsov. Kryvtsov played at Shakhtar this season 2 matches, so his appearance in the match against the Czech Republic is unlikely.

Rather, with the Czechs together with the glop in the pair will play “the miner“ by Yaroslav Rakitskiy. If Burda is already 9 matches this season (80% of matches Dynamo), including the European Cup with Ajax and Slavia, Rakitskiy has played 7 matches (87%). A competitor in the position they will be Yevhen Khacheridi. It is for PAOK spent about 50% of playing time, however, after the injury of a competitor in the position began to be published regularly in the start in recent games, so with games practice, he is also in order.

On the flanks on the left we have will likely play a player Alexandria Andriy Tsurikov is the only one of our defenders who played 100% of his games, but right Andriy Shevchenko place trust or experienced Alexander Karavayev (11 matches in the season for Dawn, based in 10, 4 goals and 4 assists), or young Oleg Danchenko, who in the new season for Shakhtar played 7 matches and all came out at the base.

From the Czech team looks the strongest position is right-back, where there is playing in the Bundesliga Theodor Gebre Selassie (Bremen) and Paul Kaderabek (Hoffenheim). Both played three matches in the new season, are the players their teams, but in the team a more solid place in Kaderabek. But nominal left defender in the application of the Czechs is the only player from the Turkish Trabzonspor Filip Novak. He is also with the gaming practices order – of the four matches he has played three times “from start to finish.“

There may be some problems, the mentor of the Czechs with the position of Central defender. The main Czech Republic coach Karel jarolím prefers to play with three defenders where space in the center is the captain of the team Marek Suchy, but the defender of Basel dropped out before the end of the year. It could replace either owned by Chelsea but playing Bristol city, Tomas Kalas or Rizespor defender Jakub Brabec. We are more profitable second – last season he spent in Genk and weaknesses must know Ruslan Malinowski.

Looking at the squad of the Czech Republic, it can be concluded that in the midfield our opponents will be played with four players, Slavia, with whom Dynamo met in the Champions League qualification. Soucek and Husbauer will be located a little behind and while Sykora and Smlal on the flanks. With them in the Central position behind the striker should be out Jakub Ancho, who joined Sampdoria in the summer from Udinese. Rumored to be interested in the Milan and Arsenal. While the player has joined the team of three matches once leaving the basis, and once (in last game against Napoli) and he had spent the entire game on the bench.

But the leaders of the national team of Ukraine in the midfield with playing time issues almost all. Yevhen Konoplyanka over Schalke played only one game (33% of game time), Andriy Yarmolenko in West ham as all four matches of the championship started on the bench, based on having only in Cup matches (44%), Oleksandr Zinchenko generally never even in the application were not included in man city. Of foreign players consistently play only the best of our this season Ruslan Malinovskiy (11 games, 9 in basis, 7 goals and 5 assists) of the season and Evgeny Makarenko (6 of 6 matches) playing for Anderlecht midfielder.

Perhaps Makarenko with Stepanenko will take place in the holding area, Malinowski will be released under the striker (his punches with standards will be very useful), but for a place on the flanks will compete Konoplyanka, Yarmolenko, Viktor Tsygankov and Marlos. The last two in the Dynamo and Shakhtar have enough playing practice. Like other Dynamo players Serhiy sydorchuk and Vitaliy buialskyi, who also have good chances to get on the field.

The position of the striker in the national team of Ukraine for a long time is the most painful, but caused by both forwards are in good form. Roman Yaremchuk Belgian Ghent played 10 matches, 8 went on the basis and within the given time scored three goals. Yevhen Seleznyov three matches in Turkish Akhisar and two goals.

In the Czech Republic in the application of the three forwards, so at home against Ukraine two of them can go in the basis (a tactic with two strikers in recent times regularly uses jarolím). Needs to go from the start is the most expensive player on the current composition of the forward of as Roma 22-year-old Patrick Chic. He is in the Italian team is losing the fight Edina Dzeko, although he played in all three matches of his team, and in the last game Roma with Milan played with Jacko in a pair of the entire match.

With the Chic on the expected output of Michaela Kronika from Victoria Plzen. It is 15 matches in the team already scored 7 goals. And this season in the championship of the Czech Republic on account of his 7 goals in 7 matches. Enviable performance.

In General, the names and clubs of the players of the national team of Czech Republic do not look menacing, but the leaders of the team managed to enter the season, are in great form and pose a serious danger for the Ukrainian team.

We have the same kind of frightening instability of the composition. The same Tsurikov, Burda, Malinowski, Yaremchuk, who are now in the form of poorly played by players, and Konoplyanka and Yarmolenko play a bit this season.

And yet, the composition of the national team of Ukraine and the Czech Republic are approximately equal, and force commands. Just need to eliminate the underestimation of the opponent is strong and will win the match-who better to set up the game, the more who will want to win. I hope this will be wards of Shevchenko.

The Vitaly and Volodko, iSport.ua

August 20, 2018 trump Comments Off on The kid almost got into a fight with the fans after the defeat against Dynamo 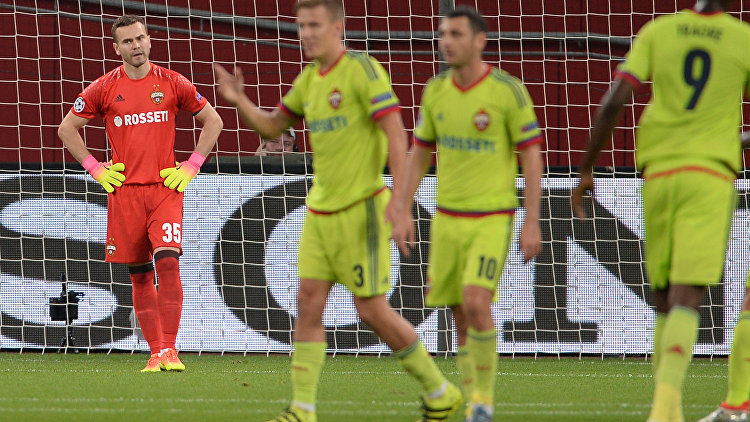 September 14, 2016 trump Comments Off on The players of CSKA played a draw with Bayer in the Champions League