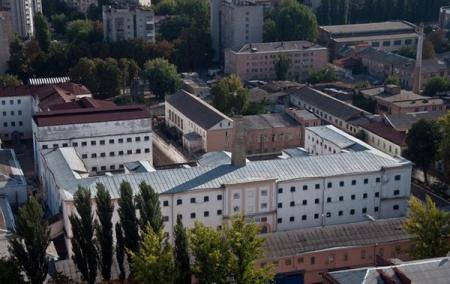 An official investigation established the involvement of two employees of Lukyanovka jail for rebellion, which had organized former soldiers of the battalion of Tornadoes. This was reported by press Secretary of the Deputy Minister of justice Yury Maslak, reports Interfax-Ukraine.

“An internal investigation is already possible to speak about the two employees who helped the ex-tornadovtsam, contributed to brought all of them in one camera to convey prohibited objects,” he said.

Also Maslak said that both the police and the Ministry of justice conduct their internal investigations in criminal proceedings. At the end of official investigation materials will be transferred to law enforcement authorities.

As reported yesterday, former fighters Tornado barricaded the chambers of the lukianivka remand prison in Kyiv. They were to be transported, however, the detainees resisted. On the scene arrived forces.

After the suppression of the attempted riot three prisoners were taken from prison, and four were sent to solitary confinement.

The Metropolitan police has opened proceedings for the infringement of life of law enforcers for acts tornadovtsev.

Microsoft and Facebook will lay Internet cable across the Atlantic

May 27, 2016 trump Comments Off on Microsoft and Facebook will lay Internet cable across the Atlantic

August 3, 2018 trump Comments Off on Refueling near Kiev burned car

October 20, 2017 trump Comments Off on The camera caught, in Kiev robbed students