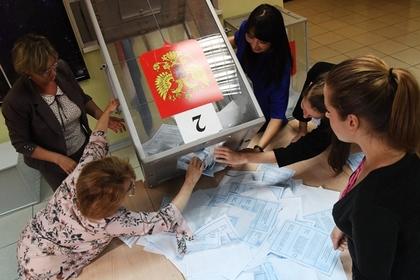 Acting Governor of Primorsky Krai Andrey Tarasenko (United Russia) in the second round of elections of the head region gets 53 percent of the vote. These are the findings of an exit poll of “Expert groups”, which publishes TASS.

“Tarasenko is 53 percent, Ishchenko — 47 percent,” they said. To answer the question refused 30 percent of voters.

The second round of elections of the head of Primorsky Krai held on Sunday, September 16. According to the results of the single voting day September 9, none of the candidates reached the required for election in the first round 50 percent of the votes: Andrey Tarasenko got 46,57%, and the candidate from the Communist party Andrei Ishchenko — 24.64 percent. To win in the second round a candidate must receive a simple majority of votes.

May 29, 2016 trump Comments Off on Paris has promised to “go through” to pay taxes for foreign companies

March 31, 2016 trump Comments Off on The Kremlin told about the claims to the United States due to the contract on liquidation of rockets

Sobyanin reported a decrease in their income in 2015

April 30, 2016 trump Comments Off on Sobyanin reported a decrease in their income in 2015