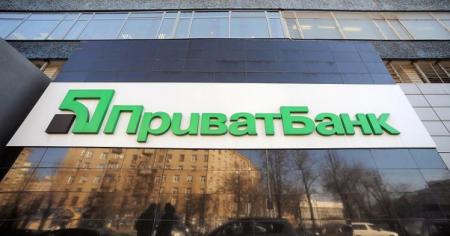 The Ministry of Finance of Ukraine have completed the fourth step, additional capitalization of PrivatBank by the issue of bonds of internal state loan (government bonds) to UAH 16 billion in exchange for shares in financial institutions, reported on the website of the Ministry.

The Finance Ministry reminds that the decision on additional capitalization of the Bank 38.5 billion UAH was made by the Cabinet of Ministers on 23 June 2017, based on the proposals of the National Bank of Ukraine taking into account the recommendations of the expert-analytical Council on state participation in the authorized capital of banks and on the basis of the independent auditor’s report PrivatBank â€” EY.

The first tranche of this amount (the third stage additional capitalization) in the amount of UAH 22.5 billion was provided to the Bank in July 2017 in the form of government bonds in exchange for shares of additional issue.

The Supervisory Board of PrivatBank on December 18, 2017 was approved by the revaluation of operating and non-operating real estate, financial leasing and their impact on capital. The results of the revaluation show that the Bank was in a worse condition than was considered at the time of its transition to state ownership, which led to the need for additional capitalization in the amount of UAH 16 billion.

As reported, in December 2016 the government on the proposal of the national Bank and the shareholders of PrivatBank, the largest of which at that time was Igor Kolomoisky and Gennady Bogolyubov, took the decision to nationalize this largest market of the country of the financial institution. The state received 100% of its capital Privat capital was increased by the amount of 116.8 billion.

October 5, 2017 trump Comments Off on The apartment is in the center of Kiev seized an Arsenal of weapons

June 27, 2016 trump Comments Off on Business in old age: how Sovcombank entered the top-20 largest Russian

March 18, 2016 trump Comments Off on The Central Bank will oblige insurance companies to sell insurance policies via the Internet