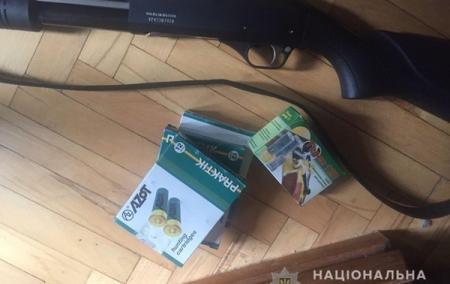 The Kiev Prosecutor’s office announced 61-year-old woman wounded girl from the traumatic weapon of suspicion. Her preventive measure in the form of a night of house arrest.This was reported by the press service of the Supervisory Agency on Friday, September 14.

“By agreement of the Kiev local Prosecutor’s office No. 1 investigators Holosiivskyi pack of GU Ministry of emergency in Kyiv reported suspected 61-year-old from Kiev, which from the traumatic weapon wounded 20-year-old girl,” – said in the message.

Currently, law enforcement officials said the ill-minded woman on suspicion of a criminal offence under the article on hooliganism (part 4 of article 296 of the criminal code) and chose a measure of restraint in the form of a night of house arrest for a period of two months.

For the crime the woman threatens till seven years of imprisonment.

As reported in the Goloseevsky district of Kiev police detained 61-the summer local resident who shot from the pneumatic weapon from the balcony of his apartment sitting in the yard for the young people, resulting in a 20-year-old girl were injured forearm and was taken to a medical facility. Later, the woman admitted that she did not like the behaviour of young people.

In the center of Kiev will block at youth Day

June 27, 2018 trump Comments Off on In the center of Kiev will block at youth Day

October 3, 2016 trump Comments Off on Oil is cheaper in the correction after the agreement of OPEC countries

October 21, 2016 trump Comments Off on The economist believes that EurAsEC needs to move to settlements in rubles