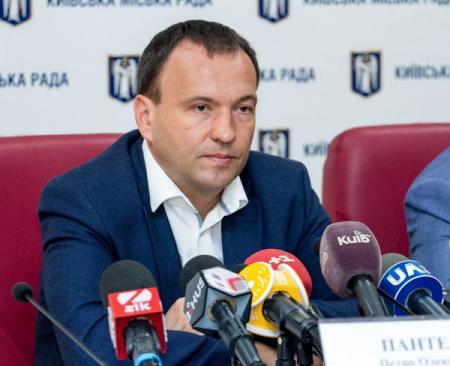 Deputy Chairman of the KCSA Petr Panteleyev said that the long absence of hot water has had a negative impact on the state of the thermal network and it is expected an increased level of accidents at the start of the heating season.

“In preparation for the winter Kievteploenergo completed hydraulic tests, in addition to the web under the bridge Paton. We continue work. Today identified 12 damage. Now gradually increase the pressure on the object. The work performed by welders climbers who work in the air on the bridge”, – explained the Deputy Chairman of the KSCA.

According to him, is found and destroyed about five thousand of damage to heating systems.

“The lack of hot water in summer, making life difficult for utilities due to corrosion of heat networks. That is why our main task as quickly as possible to solve the gas issue and restore the boilers and CHP”, – said Panteleev. In General, as reported in the Municipal enterprise Kievteploenergo in the capital in preparation for the winter revealed 5288 damage of thermal networks, of which has already been eliminated 5055, others in work.

September 6, 2016 trump Comments Off on Poroshenko has estimated the losses of Ukraine from the closure of the Russian market of $15 billion

In Kiev rallied feminists and their opponents

March 10, 2018 trump Comments Off on In Kiev rallied feminists and their opponents

Putin said about necessity of creation of new Russian aircraft

May 12, 2016 trump Comments Off on Putin said about necessity of creation of new Russian aircraft