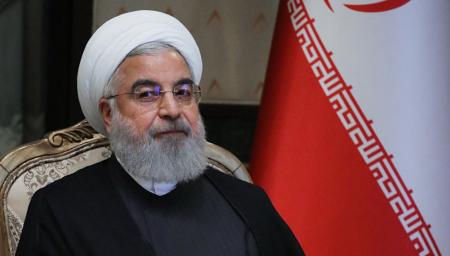 MOSCOW, July 13 — RIA Novosti. Iran’s President Hassan Rouhani has made it clear that if Iranian oil through the Persian Gulf won’t be exported, other countries in the Middle East will not be able to do that, he said on Friday Advisor to the Supreme leader of Iran, Ali Akbar Velayati at the site of the discussion club “Valdai”.

“The most transparent, complete and quick answer given by Mr Rouhani, the Iranian President, in his last trip to Europe. Iran’s response, according to Rouhani, was clear — if we are not able to export oil through the Persian Gulf, nobody will be able to do that, said Velayati, responding to a question about closing the Strait of Hormuz in case of obstacles for the export of Iranian oil. Everything will be exported, or none”.

On Tuesday, U.S. Secretary of state Michael Pompeo during his visit to UAE, said that the US sanctions against Iran’s oil sector will take effect from 4th November, after this date the supply of oil from Iran will be considered a violation of us sanctions.

Earlier, the US state Department said that Washington will try to convince its allies to completely stop the purchase of oil from Iran by this time, and the head of the U.S. Treasury Steven Mnuchin said that the U.S. is ready to impose sanctions against Russia, China or any other country that will continue buying oil from Iran in defiance of the United States.

Adviser to the leader of Iran said that in terms of restrictions to export oil would be difficult, but the problem is not insoluble.

The US President Donald trump on may 8 announced that Washington is out of agreement with Iran on its nuclear program. Trump announced the restoration of all sanctions against Iran including secondary, that is, against other countries doing business with Iran. Other members of the six were against such a step the United States. The European partners of Washington have stated that they intend to continue to comply with the terms of the deal with Iran.

WikiLeaks: Assange promised new revelations before the election in the United States

October 4, 2016 trump Comments Off on WikiLeaks: Assange promised new revelations before the election in the United States

Le Pen intends to recognize the Russian Crimea, if you become the President of France

September 26, 2016 trump Comments Off on Le Pen intends to recognize the Russian Crimea, if you become the President of France