In Kiev on Saturday, August 25, on fire restaurant, located on Khreshchatyk street, 12.

This reports the press service of Goschs.

“Wasting no time, the rescuers started fire extinguishing. However, to fully extinguish the fire rescuers could not due to the fact that for a long time failed to shut off the power in the building. From time to time with the electrical wiring, the voltage which is 380v, was a spark“, – is spoken in the message.

Only when the representatives of Kyiv DTEK power grid has shut down power to the building, firefighters began a full-fledged fire. As a result of fire damaged wiring, partially burned and demolished a 20 square meters of roof extension.

On the fire place worked three units of basic and special firefighting and rescue equipment and about 15 people of staff. Injured and dead there. 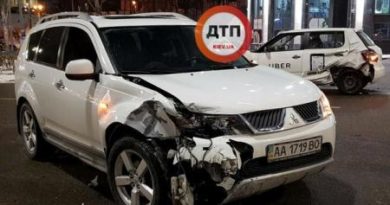 February 28, 2018 trump Comments Off on The time of the accident with a taxi in Kiev caught on video

Unemployment in Russia rose to the level of 2013

In Kiev unknown with a knife robbed a credit institution

August 22, 2018 trump Comments Off on In Kiev unknown with a knife robbed a credit institution