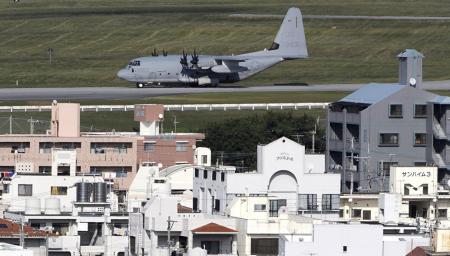 MOSCOW, Aug 11 — RIA Novosti. On Okinawa, about 70 thousand people came to protest against the transfer of the American air base to another part of the Prefecture, writes the Japan Times.

Earlier, despite the protests of local authorities and population, the Central government of Japan announced its intention to move military base marine corps air station Futenma from one part of Okinawa to another.

The participants adopted a resolution urging the Central government to abandon the plan of moving the base. According to the protesters, the U.S. military should leave the island.

The protesters paid tribute to the late Governor of the Prefecture Takeshi Unagi, who died Wednesday from cancer. Onaga called for the withdrawal of the American base, marine corps air station Futenma outside of Okinawa, which contradicted the position of the Japanese government, bound by the commitments c in the United States.

The rally was attended by the Deputy Governor, Kiichiro Ahana, has declared his intention to continue the struggle for the withdrawal of Futenma outside the Prefecture.

Okinawa makes up less than one percent of Japanese territory, however, the island is 74 percent of U.S. military facilities and more than half of all U.S. Armed forces in Japan. According to the prefectural government in Okinawa there are about 26 thousand American soldiers and 19 thousand members of their families and civilians.

April 7, 2018 trump Comments Off on Died the former dictator of Guatemala Rios Montt

Media: Fox News reporter claims to the post of press Secretary of trump

November 29, 2016 trump Comments Off on Media: Fox News reporter claims to the post of press Secretary of trump

France did not answer the questions of Russia “case Skrobala,” said Zakharov

April 22, 2018 trump Comments Off on France did not answer the questions of Russia “case Skrobala,” said Zakharov