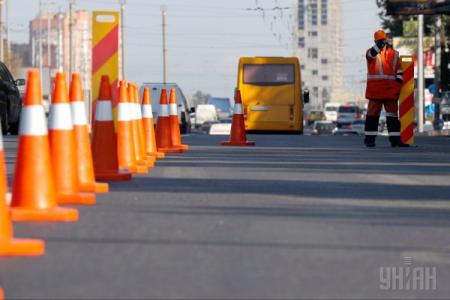 In Kiev since Saturday, September 15, a week and a half will restrict traffic on the street Boychuk.

About this Facebook informs the Department of transport infrastructure KSCA.

It is noted that the movement will be partially limited in the direction of the city centre – in connection with the continuation of repair work on the overpass.

In particular, the restrictions will last from 15 September until 18:00 on 24 September.

We will remind, on September 11 in Kyiv Kudryavskiy getting blocked emergency bridge, which is over a hundred years. In addition to installing barriers on the bridge while active activities for repair are not observed.

Earlier, on 10 September, the Chairman of Ukravtodor Slawomir Nowak was accused of a poor state of Ukrainian roads of the regional state administration, which, according to him, repair the roads, but receive the funds.

In Kiev on the street walked a naked man

October 15, 2017 trump Comments Off on In Kiev on the street walked a naked man

The EU signed a trade and economic agreement with Canada

October 30, 2016 trump Comments Off on The EU signed a trade and economic agreement with Canada