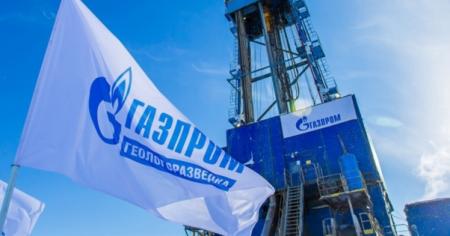 Russian gas monopoly “Gazprom” fell from first to 17th place in the ranking of the world’s energy giants, according to S&P Global Platts 2018. The leadership is again regained ExxonMobil, reports RBC.

However, the top ranking went to “LUKOIL”. He has risen from sixth place to second. In the list it is second only to ExxonMobil, which has regained the position lost in 2017.

See ALSO: the Debt to “Naftogaz” can cost “Gazprom” share in the “Nord stream”

Of the Russian companies in the top 50 list also included “Transneft” — in 2017 it dropped from the 14 th to 30-th line. “Surgutneftegas” in the year 2017, in contrast, has dramatically improved its position, leaping immediately with the 165-th to 35-th line. Immediately after him is “Rosneft”, which in 2017 was at the 22nd place.

In the first hundred of the list were also the Russian “Tatneft” (54th place) and NOVATEK (60).

In 2017, Gazprom has replaced ExxonMobil in the first place, after 12 years of leadership of the American company. In 2018, as noted in the release, rating Agency, re-release ExxonMobile first occurred “against the background of recovery in oil prices and hopes for an export boom in the United States.”

Investors filed a lawsuit against Volkswagen for €3.3 billion

March 15, 2016 trump Comments Off on Investors filed a lawsuit against Volkswagen for €3.3 billion

Co-owner of the furniture brand IKEA Drommel about, “VSI.Svoï” and plans to release abroad

October 6, 2018 trump Comments Off on Co-owner of the furniture brand IKEA Drommel about, “VSI.Svoï” and plans to release abroad