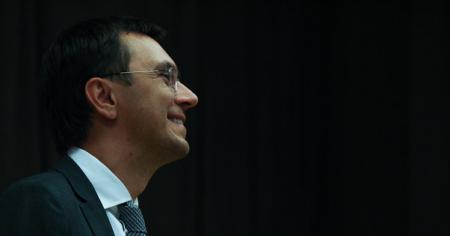 Minister of infrastructure Volodymyr Omelian announced the launch of tender procedures for the procurement of automatic speed control on the roads.

The Minister noted that the budget Committee of the Verkhovna Rada approved the distribution of the Fund road safety.

“After prolonged negotiations this week, the budget Committee of the Verkhovna Rada approved the allocation of funds for the program on traffic safety. This is the first installment, and next week we start the tendering procedure for the sum about 1 billion UAH. in particular, a significant component which will take the procurement of automatic stations the speed control. But in order to work fully, we need to amend the legislation. And I hope that Parliament will react to the terrible statistics that we received on Ukrainian roads about thousands of deaths,” — said the Minister.

Omeljan hoped for an early vote on the introduction of automatic weight control on roads, and relatively automatic speed control.

In addition, according to the Omelyan, this year on road safety will focus 1.6 billion UAH. in 2019 — UAH 2.5 bn in 2020 and 3.4 billion UAH. This confirms the budget for the year 2019 — the financial provision of measures to ensure road safety in accordance with the state programs it is planned to allocate UAH 2,522 billion.

What does it mean? In fact, he Omeljan in April 2018 submitted the State program of increasing the level of road safety in Ukraine until 2020.

Only the program of the Ministry of Infrastructure plans to allocate funds from the Road Fund. The main goal of this program is to reduce mortality rates in road accidents by at least 30% by 2020.

Now about the tools of speed control. According to the Ministry of Infrastructure, among the main measures aimed at improving the efficiency of state supervision and control, the program provides for the purchase of: system auto-commit violations of traffic regulations; cameras of auto-commit violations of traffic rules on the highways of the state value; mobile devices of control of speed in a patrol car; the purchase of a breathalyzer; security control of commercial traffic.

Total funding for the above purchases more than 1.3 billion UAH. Therefore that the Omelyan 1 billion involves not only procurement of automatic stations the speed control.

April 26, 2018 trump Comments Off on Companies pledge to cut plastic

Now is the time to raise interest rates?

October 20, 2017 trump Comments Off on Now is the time to raise interest rates? 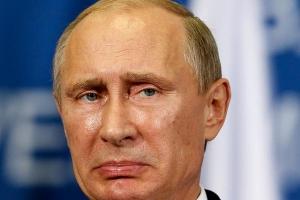 How sanctions are destroying the Russian economy: the U.S. state Department published the resonance report, which showed terrible losses of the Kremlin

February 12, 2017 trump Comments Off on How sanctions are destroying the Russian economy: the U.S. state Department published the resonance report, which showed terrible losses of the Kremlin