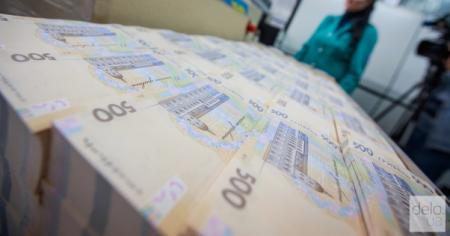 Last Thursday, the NBU Board passed resolution No. 136, changing the schedule of mandatory increase in minimum size of Charter capital and regulatory capital of banks. According to the newly approved schedule, the shareholders of the banks will need to think about capitalization in 2020 in the amount of UAH 300 million in 2022 in the amount of UAH 400 mn in 2024 in the amount of up to UAH 500 million.

And that’s just in case, will not be accepted if submitted to the Verkhovna Rada draft law No. 7231, which is scheduled to fix the minimum share capital for banks at UAH 200 million.

Although the proportion of the assets of the 42 banks that received a reprieve in capitalization, small in the total assets of the banking system of Ukraine, the positive effects of these significant changes. I would like to mention the most important of them are:

1. Proof of ownership of private Ukrainian investors in their banking business unit in the same format in which they plan and develop their business. No “cut-down licenses” and forced to transition to the format of financial companies. Shareholders of Ukrainian banks reappeared period during which you can earn in banking business on the next stages of capitalization, instead of annually to pay money into the capital from outside.

2. Reducing the negative expectations of the withdrawal from the market of dozens of banks in the next year. Removing from the agenda of this topic will be deprived of “more food” experts on the topic of “destruction” of the banking system of Ukraine, as well as increase the level of confidence in banks by their customers. It is important to understand the difference, in which case the Bank has not coped with management of risk, and some left the market were forced to, due to regulatory requirements to increase the share capital, which is not justified by its business model and scale of activities.

3. Consolidation of small Ukrainian banks around the argument and to defend the position on reduction of minimum Charter capital to the National Bank of Ukraine. More than a year and a half dialogue small banks, the NAB and the regulator on this issue has allowed small banks to believe in the possibility “to convey” reasonable and justified proposals together.

4. The national Bank of the this decision demonstrated the willingness to reasonable compromise. The main factor contributing to the adoption of a positive decision on the revision of the schedule was the result of diagnostic checks of small banks, confirming the good quality of their loan portfolios and the high level of capital adequacy.

5. Small banks were able to show the viability of their business models in terms of systemic risk and to compete with state-owned banks and banks with foreign capital in such sectors as: FINTECH, servicing small and medium business, loans to farmers, individual banking.

Thus, the preservation of small banks as a factor in competition will enhance the efficiency of the entire banking system of Ukraine.

April 16, 2016 trump Comments Off on IFC explained the searches of his office by the former shareholders of Tavricheskiy

The laws of money: what will change in the costs of Russians in 2017

December 21, 2016 trump Comments Off on The laws of money: what will change in the costs of Russians in 2017

The exchange rate of the dollar exceeded 65 rubles

August 24, 2016 trump Comments Off on The exchange rate of the dollar exceeded 65 rubles