The third strand of the energy bridge from the Krasnodar region in the Crimea will be introduced in a few days, said Deputy Prime Minister Arkady Dvorkovich during his speech at the final colleagues of the Ministry of energy of Russia.

“In the near future there will be an additional strand supply introduced, just a few days left until this event. It is actually on the accelerated introduction into service of a power bridge connecting the United power grid of the South Peninsula of the Crimea”, — said Deputy Prime Minister (quoted by “RIA Novosti”). According to him, thus “the need for the region’s electricity will be provided almost in full”.

The energy Ministry has dealt with the problem of reliable energy supplies to the Crimean Federal district, said Dvorkovich.

On the eve of the imminent launch of the third line of the power bridge to the Crimea to mediaformat popular front told the President of Russia Vladimir Putin.

In November last year, the Crimea has been completely disconnected as a result of energoblok, which was organized by Ukrainian activists. On the Peninsula had entered emergency mode.

Partially restore the energy supply of the Crimea was succeeded in early December 2015, after the introduction of the first leg of the power bridge from the Krasnodar region, which is designed to provide 200 MW. At the launch of the first line arrived the President of Russia Vladimir Putin, who then instructed to 2017 to achieve electricity production directly on the territory of the Peninsula.

After two weeks in the Crimea was introduced on the second line of the power bridge 200 MW. The head of state during the opening of this thread indicated that the second phase (third and fourth threads) will run to the beginning of the summer season. Later Putin admitted that she will start may 1 or sooner.

Photo gallery Crimea in the dark: how residents live without electricity

About 1.9 million inhabitants of Crimea were left without electricity from the Ukraine, once in the Kherson region were damaged four power transmission towers…

The court postponed the hearing in the treason of Colonel Bezyazykov on February 5,

March 1, 2018 trump Comments Off on The court postponed the hearing in the treason of Colonel Bezyazykov on February 5, 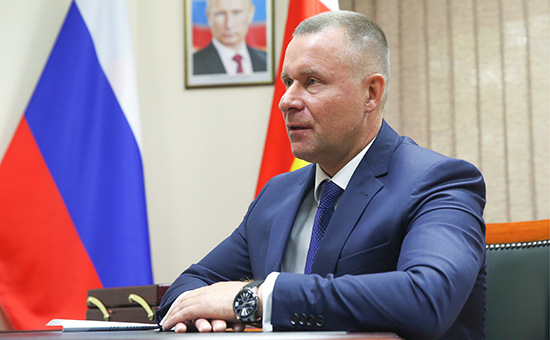 Forecasters warned about the first snow in Moscow next week

October 6, 2016 trump Comments Off on Forecasters warned about the first snow in Moscow next week