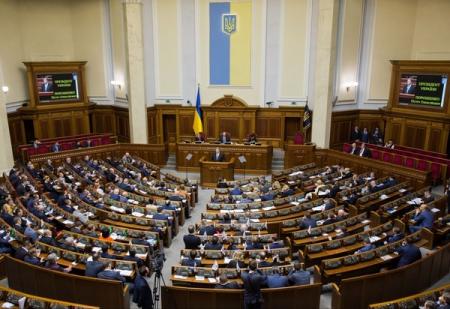 Populist politicians from the faction “Batkivshchyna” refused to support the decision of city Council about the return of the people of Kiev hot water. This became known during a meeting of city deputies Tuesday, September 11.

On the agenda of the extraordinary session of the city Council was only one question – a draft decision, which will bring the people of Kiev hot water.

According to Deputy head of Kyiv city state administration Peter Panteleyev, even in the spring it was about a debt of 5 billion hryvnia, but by negotiations with the President, the Cabinet and NAK “Naftogaz Ukraine” has managed to agree that the amount of the debt was reduced to 2.6 billion. And recently the budget Committee of the Verkhovna Rada adopted the decision, which will allow you to find funds in the state Budget for full repayment of this debt.

During the discussion, the deputies have mentioned several times that only this solution will allow you to return hot water in homes Kiev. Not only that – even in the “Fatherland” recognized that it depends on the timely beginning of the heating season.

“The draft decision answers one question – how to start the heating season in October”, – said, in particular, the Deputy of the faction “Batkivshchyna” Valery Gumanenko.

But the words of the Deputy disagreed with results of voting of the faction. For the draft decision voted 76 deputies of the city. Faction “Batkivschyna” with its full strength did not support the decision.

It turns out that at that time politicians from the “Fatherland” has ignored the interests of Kiev. They refused to support important project decisions, which will return the hot water three thousand houses in the capital. If not for the voices of the other factions, and the heating season could be on the verge of collapse.

We will remind, “Naftogaz” demands that the Kiev government acknowledged the debt of “Kyivenergo”. Kiev administration believes the city should not pay the debts of a private company and for an explanation of this matter went to court.

August 16, 2016 trump Comments Off on The Bank of Russia called impossible a repetition of the 1998 default

Obolon unknown from the window fired on cars

October 25, 2017 trump Comments Off on Obolon unknown from the window fired on cars

September 20, 2017 trump Comments Off on The Deputy head of the IMF has promised Ukraine a “bright future”