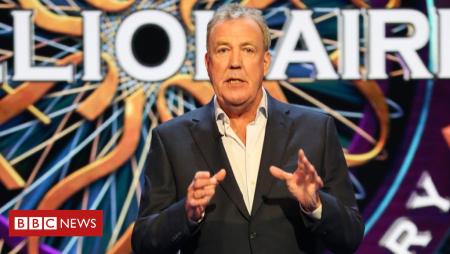 Who Wants To Be A Millionaire? will return for a new series in 2019 with Jeremy Clarkson go home, ITV has confirmed.

The show was filmed for a week of specialty at the beginning of this year, to celebrate its 20th birthday.

“I liked hosting the anniversary show,” Clarkson said in a statement.

“And I can’t wait to spend a few precious hours away from James May and Richard Hammond, making it new.”

Clarkson, Hammond and May have hosted Amazon motor racing series, the Grand Tour since leaving the BBC in 2015.

Also returning to the Millionaire is the new “ask permission”, “lifeline”, which, despite its limited success, has provided some of the most fun moments of the recent run.

Clarkson is wrong on a number of issues, and at a certain point he said to a competitor, the wrong answer was correct, without checking his screen.

Matthew Worthy, joint managing director of the production company Stellify Media, including the new line of limited lifetime of success in a statement Friday.

“Ask The Host is back! And a quick tip to future competitors: do not use on questions about works of art, haute cuisine or the scout association,” he joked.

Millionaire for the revival of May was popular with the viewers, the cast and the final episodes is attracted live audiences of over five million euros.

Clarkson has taken on the presentation of the role by Chris Tarrant, who has fronted the show from 1998 to 2014.

Interest Millionaire has remained high in its 20th anniversary year – with the show of the famous cough scandal be the subject of a recent West End play.

October 1, 2017 trump Comments Off on Media reported the real cause of death of the founder of Playboy