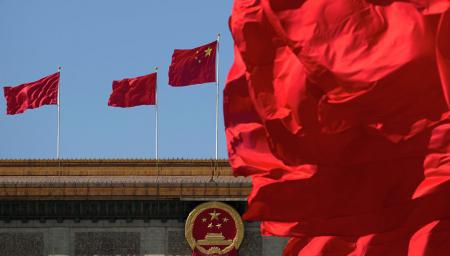 “Of course, the United States must be a party (the agreement), because the USA is a powerful space power. We need the participation of the United States, this is why China is trying to address the concern (other countries)”, — he said on the sidelines of the first UN conference on space law and space policy in Moscow.

In late August, China called as soon as possible to conclude a multilateral Treaty on arms control in outer space. The Chinese side reminded that Beijing and Moscow have jointly submitted to the Geneva Conference on disarmament a draft Treaty on preventing the deployment of weapons in outer space. It was reported that in response to the arising of a number of countries, China and Russia also provided a working paper on the draft Treaty. The Chinese side stated that it is necessary for the effective maintenance of peace and security in outer space.

December 2, 2016 trump Comments Off on More than 75% of South Koreans supported the impeachment of the President

In Kentucky, when a helicopter crash killed two people

April 19, 2018 trump Comments Off on In Kentucky, when a helicopter crash killed two people

April 8, 2018 trump Comments Off on The foreign Ministry commented on the presentation of the British Embassy in the “case Skripal”