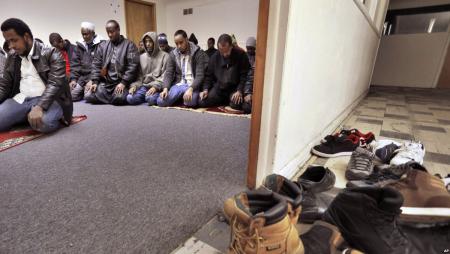 Muslim workers, immigrants from Somalia, who was dismissed from the Cargill plant after protest, received from ex-employer compensation in the amount of $1.5 million.

Commission for the implementation of equal employment opportunity (EEOC) announced on September 14 on the financial settlement of the labor dispute between Cargill Meat Solutions Corporation and 138 workers-Muslims.

The labor dispute began at the end of 2016, when a group of workers fired from the meat packing plant in Fort Morgan (Colorado) after a three-day strike. The reason for the protest was the refusal of the factory management allow employees a few times a day to leave on “prayer breaks” needed by the Muslims for namaz. As a result, the management of the company had to change its policy, allowing workers of the Islamic religion to go on a short prayer breaks.

In a statement, the EEOC stated that the Commission has found “persuasive evidence that [Ð¡argill] violated the rights of its employees by Somali and African descent, Muslim, first denying them all a prayer break, and then dismissing them.”

In Cargill with the decision of the Commission not agreed, but a company representative said that the dispute was settled to avoid further litigation.

The local Union representing the interests of the workers, to pay compensation in the amount of $153 thousand. In the decision EEOC said that the Union not only failed to defend the interests of workers who pay contributions, but also began to “haunt (the Somalis) because of their race, religion and national origin.”

In Islam, the daily prayer is the duty of every adult Muslim. All Muslims must perform five daily obligatory ritual prayers of the prayers.

US urged to engage in constructive dialogue in Armenia

April 26, 2018 trump Comments Off on US urged to engage in constructive dialogue in Armenia

President trump is involved in campaign events in Florida

August 1, 2018 trump Comments Off on President trump is involved in campaign events in Florida

Haley: “Russian soldiers are in Ukraine”

June 3, 2018 trump Comments Off on Haley: “Russian soldiers are in Ukraine”