The two largest gas exporter to Europe, Russia and Norway set record volumes in the first quarter of this year, says the Agency, citing data from Societe Generale. According to calculations by Bloomberg based on data from Gazprom and Norwegian gas pipeline operator Gassco, gas supplies from these countries to Europe has grown at an annual rate of 18%. By the end of the year Russia intends to reach record levels, and Norway expects to maintain last year’s record level of deliveries.

The saturation of the market scared away suppliers of liquefied natural gas (LNG) from the United States kept the increase in supply from Qatar, Bloomberg briefs. “Both Russia and Norway are defending their market share from anyone who tries to take away, not only from the U.S.,” said Agency President Pan Eurasian Enterprises in Raleigh, NC, Zach Allen. He added that at “Gazprom” there is an incentive to preserve their market share and increase the dollar revenue after the collapse of the ruble.

According to the head of the program analysis of the gas market at the Oxford Institute for energy studies Jonathan stern, Norway and Russia know that if they cannot protect their market position, they will press suppliers of LNG, and not only American. He noted that with the approach of summer, gas prices will likely decline further.

In Europe there is an infrastructure for LNG and the political determination to diversify its sources of energy, reminds Bloomberg. According to the International group of LNG importers, the supply of this kind of energy to the European market grew last year by 16%.

Senior Vice President, marketing and trading of Norwegian company Statoil Tour Anfindsen Martin said in an interview with Bloomberg that if gas prices will fall even more to buy LNG will become not profitable, as gas from Norway and Russia, delivered by pipeline would be cheaper.

The Agency notes that the last winter was in Europe relatively warm, and in the UK was recorded the highest average temperatures since 1772. As a result, according to Bloomberg, gas reserves exceeded the five-year average level as demand before next winter will be low.

At the largest gas market in Europe, the UK, the prices last year fell by 37%. According to BMI Research, a member of the Fitch Group, prices could fall this summer to 20 pence per therm or $2,86 per 1 million British thermal units (BTU).

Official representative of “Gazprom” Sergei Kupriyanov told Bloomberg that Russian gas is competitive, and the company’s market share grows naturally on the background of recession in Europe. Last year the company’s revenue in the European market amounted to almost $39 billion, the Agency said.

According to the representative of Statoil’s Elin Isaksen, Norway sells gas there, pay more, and the share of market “is the consequence of this approach, not his purpose.” The representative of the Norwegian Ministry of energy the project Bua of Morland also said that Norway has no specific policies on sales of oil and gas, which are supplied where possible to maximize profits.

“There is a threat of a price war, and each market participant is preparing for this,” said Bloomberg analyst at Sberbank CIB in Moscow Valery Nesterov, who has worked in energy for over 40 years. According to him, the gas sellers will have to exert maximum effort to maintain market share, not to mention the fact, to magnify it, and to use techniques borrowed from the oil industry.

Could the royal baby boost the economy?

April 23, 2018 trump Comments Off on Could the royal baby boost the economy?

Trade unionist Red Robbo dies, at the age of 90

November 9, 2017 trump Comments Off on Trade unionist Red Robbo dies, at the age of 90 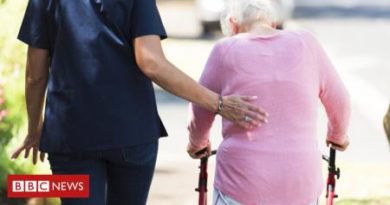 May 11, 2018 trump Comments Off on Care homes firm to refund residents