A bizarre conspiracy theory that states Hillary Clinton died out of a disease related to cannibalism was put forth by Cirsten Weldon. Here are all the updates regarding the theory.

What is the conspiracy theory surrounding Hillary Clinton?

Cirsten Weldon, a former actor pushed up a new conspiracy theory. The theory states that Hillary Clinton, former secretary of the State died due to a disease called Kuru. Moreover, Kuru is a rare neuromuscular disease that affects the arm and legs. Furthermore, it also affects muscle coordination. This disease is related to cannibalism.

The podcast related to Hillary Clinton

In a podcast called “Up Front In The Prophetic” hosted by Francine Fosdick, Cirsten put forth the conspiracy theory. In addition to that, the host mentions that another conspiracy theorist named Gene Cosensei. Cosensei claims that Hillary Clinton died in 2018. According to him, the death of Clinton was due to a tribunal. Though Weldon accepts the fact that Hillary Clinton is dead, she mentions the way and the time to be different. She adds that Clinton was died only 8 months ago and not years back. 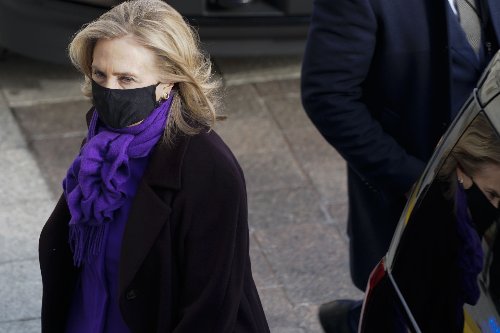 Read More: Who is Kyulkyung Dating? Relationship Timeline and More

In a live stream with Cirsten Weldon, Cosensei mentions that Hillary Clinton and Bill Clinton were executed. Other than this, Consensei said that Trump’s White House also claimed to provide the streaming of the purported execution with payments.

The Claim Of The Satanic Practice

Furthermore, Cirsten Weldon also claimed that Hillary Clinton had a practice of eating children as a part of a satanic culture. Also, she also added that she used to consume children to obtain vitality by taking in the substance “adrenochrome.”

What Is Kuru, The Disease Claimed To Have Taken Clinton’s Life

Kuru is a rare disease that was largely found among the Fore tribes in Papua, New Guinea. This disease is caused by the ingestion of an infectious protein called the prion. Also, the prion is found in large quantities in the human brain. There is a practice among the people of the Fore tribe to consume the dead remains of their kinsmen as a part of mourning for the dead. Also, the disease affected Women and children more. Because according to their tradition the women and children eat the brain while the men choose the muscles. This is a lethal disease and death is confirmed within 24 months after the appearance of the symptoms.

Other Claims By Cirsten Weldon

This claim by Cirsten Weldon seems to be totally false. Plus, Hillary Clinton is perfectly hale and healthy.

These claims and false rumors always go around on the internet and celebrities all the time fall prey to that.

Stay with the sevendaynews for the latest update