YAROSLAVL, 12 Nov — RIA Novosti. The stadiums for the world Cup, which will be held in 2018 in Russia, will be constructed qualitatively and in time, said Saturday, Russian President Vladimir Putin.

“As for stadiums, I want to assure you that everything will be done in time and qualitatively,” — said Putin at the meeting with workers of the company “Autodiesel” in Yaroslavl.

The President reminded that the competition should be held in 11 Russian cities in 12 stadiums. “The where-there’s a some lag, but this is a temporary technological nature. Everything will be done”, — Putin said.

The first ever world Cup in Russia will take place from 14 June to 15 July 2018. The tournament matches will be played in Moscow, Kaliningrad, St. Petersburg, Volgograd, Kazan, Nizhny Novgorod, Samara, Saransk, Rostov-on-don, Sochi and Yekaterinburg.

All sports news, visit the website of the Agency “R-Sport”>> 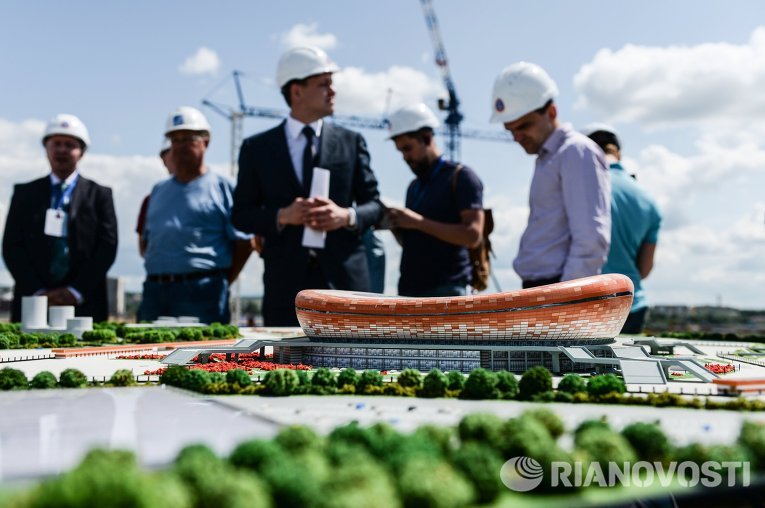 The stadium, “Mordovia arena” in Saransk can be rented for three to four months ahead of schedule, said the Deputy Prime Minister and Minister for target programmes of Mordovia Alexey Merkushkin. “You can say that now ends the first part of construction, he added. — Very soon we will start finishing works of the premises”. 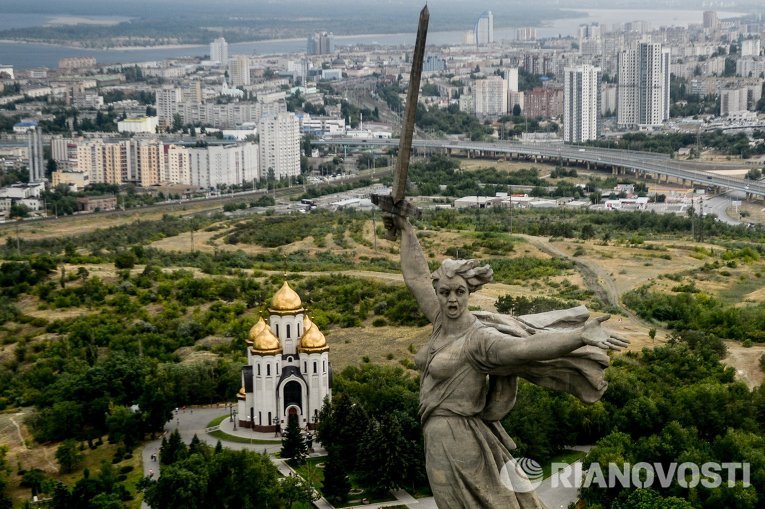 Arena Pobeda is a football stadium that should be built on the site of the Central stadium by 2017 in Volgograd to host matches of the world Cup in 2018, the stadium will meet all FIFA requirements. 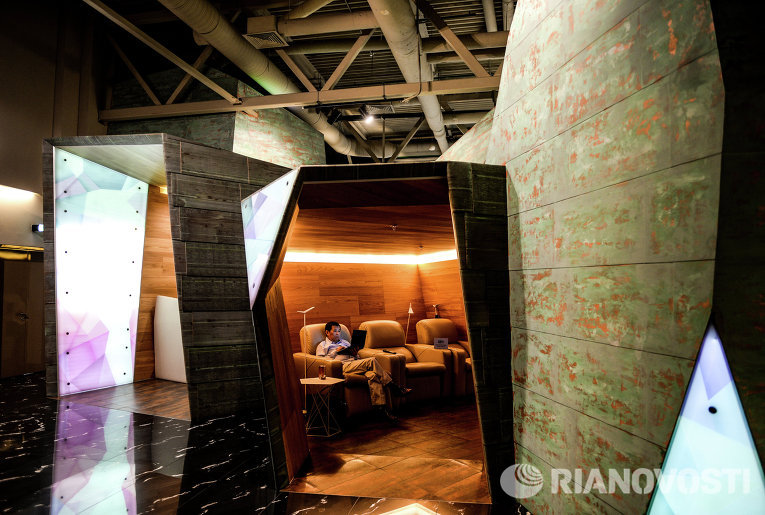 International terminal air-lines airport “Koltsovo” in Ekaterinburg will be renovated for the world football championship 2018. It is planned that all work will be completed by autumn 2017. 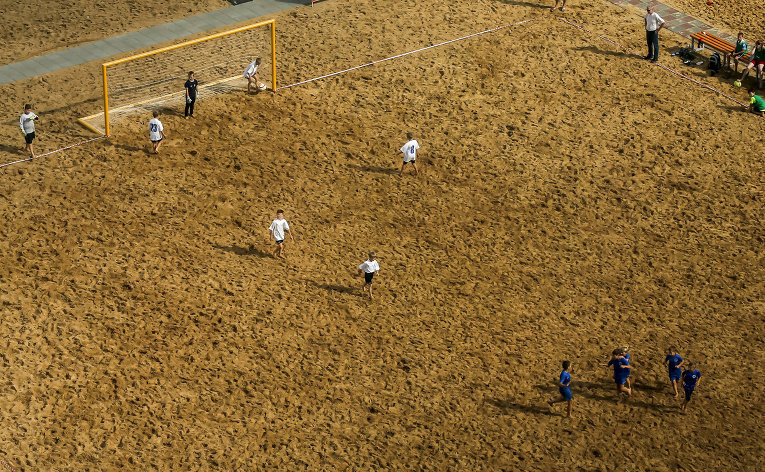 The training programme in Nizhny Novgorod for the 2018 world Cup football in General is being implemented on schedule, said the Governor of Nizhny Novgorod region Valery Shantsev. Training of tour guides, preparing printed materials to promote the region in domestic and international tourism markets. 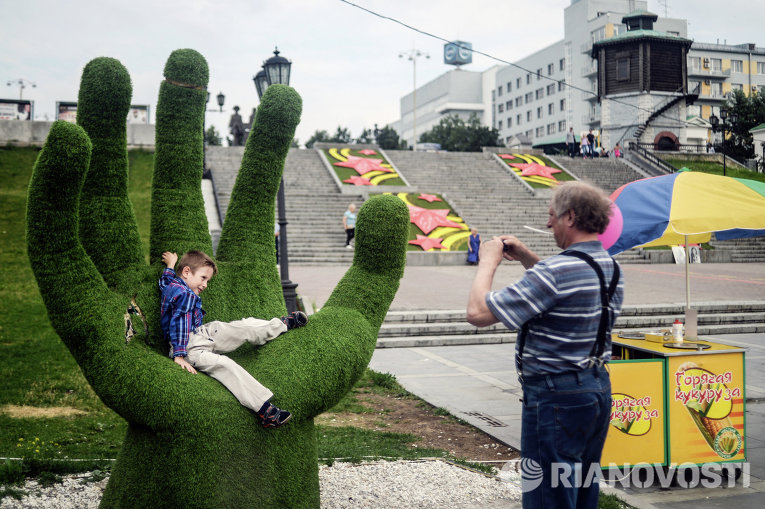 Residents and guests of Yekaterinburg participated in the creation of the mascot of FIFA world Cup 2018. In the SEC “Greenwich” from 29 may to 1 June, was a platform where everyone could make his description both real and fictional character. 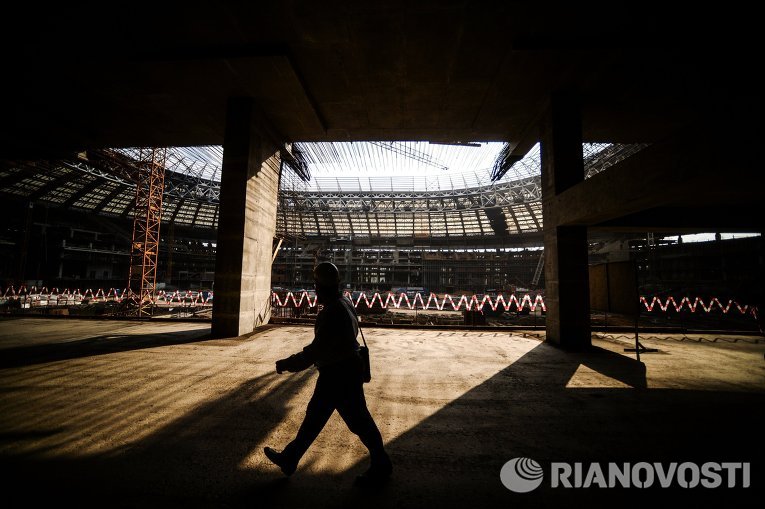 The territory of the Grand sports arena “Luzhniki” and the adjacent space in preparation for the world football Championship in 2018 will be divided into 10 different zones, including site sharing, media, hospitality, VIP guests, area highways, technical area, according to a press release from the Department of construction of Moscow. 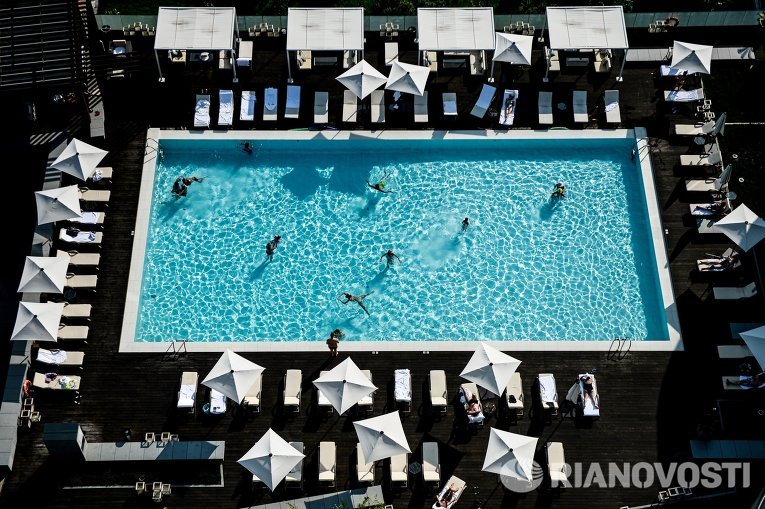 The view from the window at the pool of the Hyatt in Sochi. 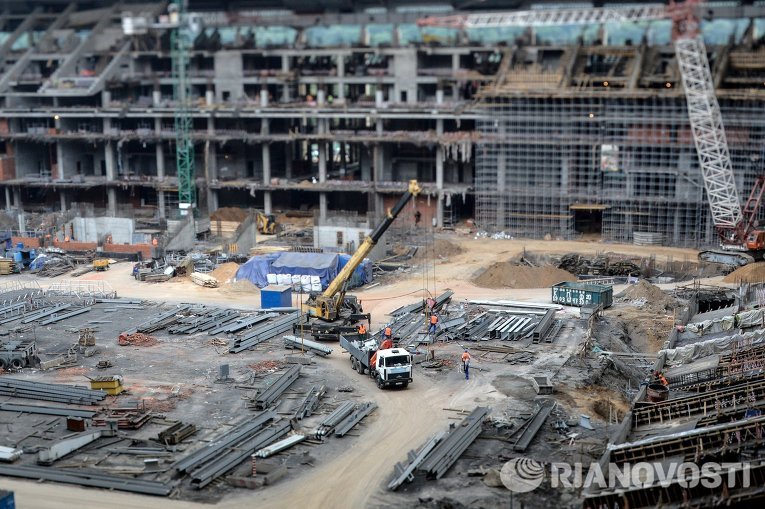 Reconstruction of a Large sports arena began in 2014 to complete the project it is planned ahead by the end of 2016. In “Luzhniki” will host the main world Cup matches in 2018 — the opening match, one of the semifinals and finals of the world Cup. As a result of reconstruction the number of seats in the stadium will increase from 78 to 81 thousand thousand, and the geometry of the stands will change — they will be as close as possible to the football field. Also, increase the number of inputs from 13 to 23. 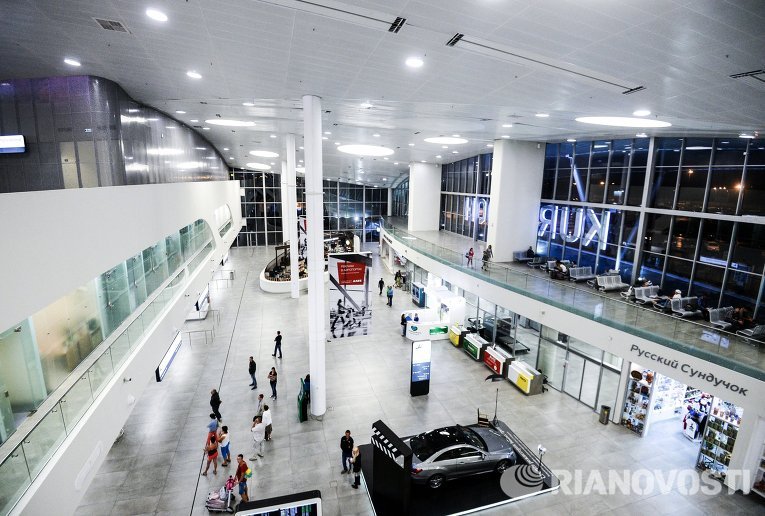 Until the end of the year, the new terminal will open in the Samara airport “Kurumoch”. Now here are finishing work and installation of equipment. The terminal will be equipped with loading bridges, stationary adjacent to the galleries. 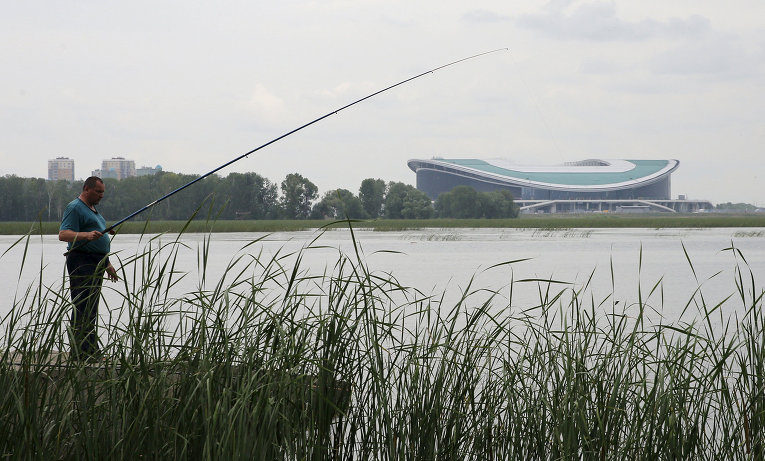 Kazan is ready to accept the world championship on football of 2018. This was stated in an interview “R-Sport” sports Minister of Tatarstan Vladimir Leonov. According to him, the Republic’s authorities will insist on carrying out in Kazan one of the 1/4 finals of the tournament. 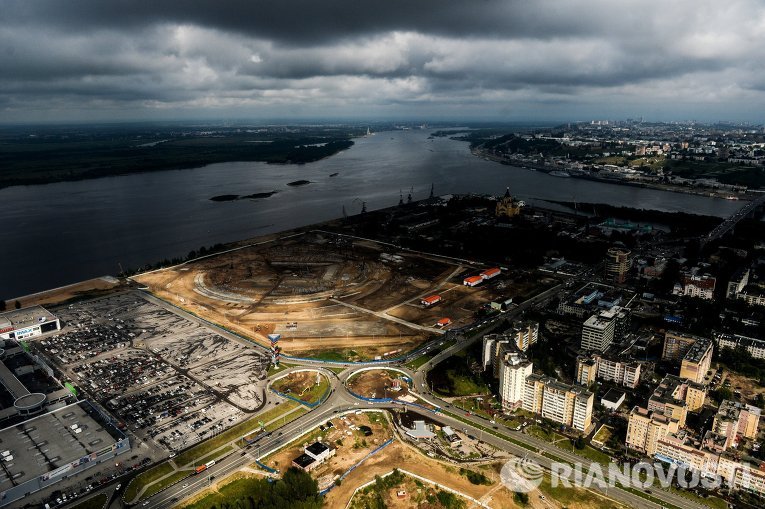 At the stadium, Nizhniy Novgorod construction and installation work. 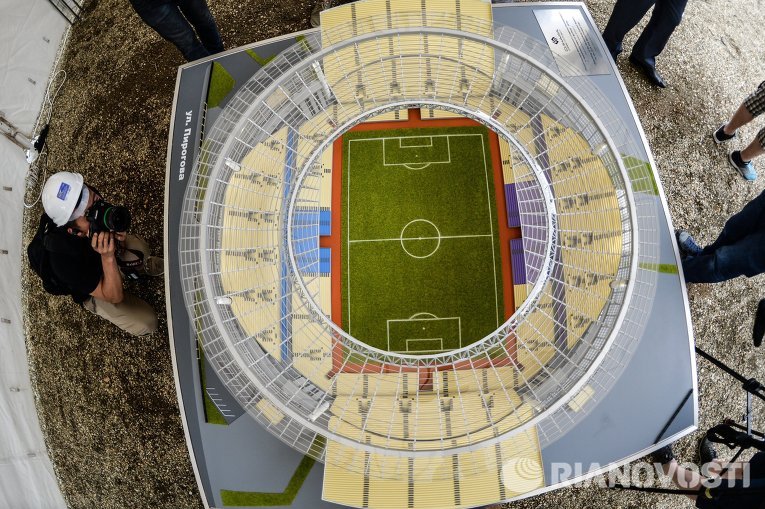 In preparation of the stadium “Central” in Yekaterinburg for the world Cup in the arena was dismantled all the equipment, said the Deputy of Sverdlovsk oblast Governor Valentin Gripas. 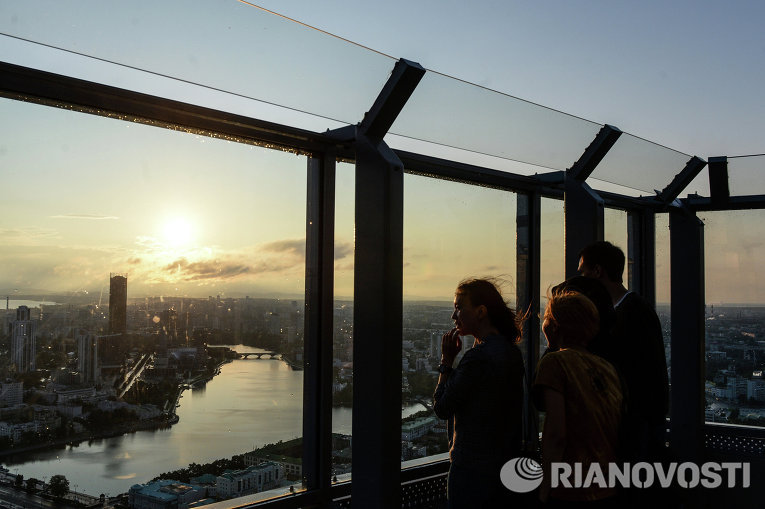 The guests of the championship in Yekaterinburg waiting on the outdoor observation deck at the business center “Vysotsky” at the height of 52 floors. 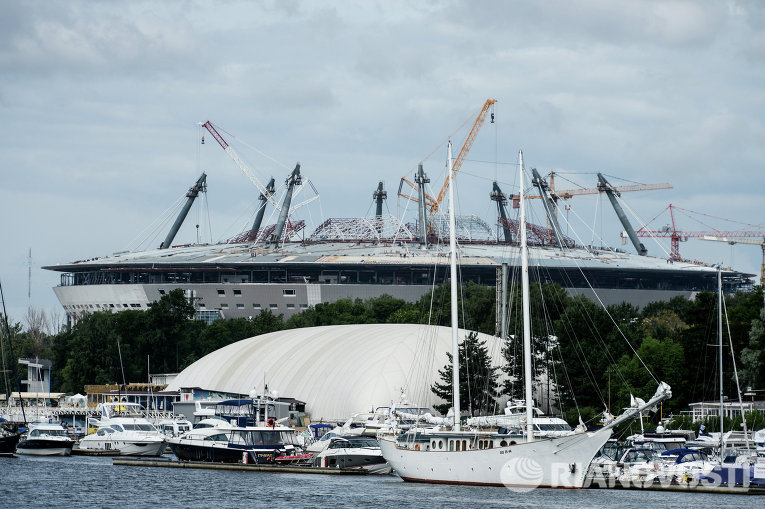 Stadium on Krestovsky island in St. Petersburg began building in 2007, after which the completion was postponed several times. Full completion of construction of the arena scheduled for may 2016. In 2017, the stadium should host matches of the confederations Cup, and a year later world Cup games. 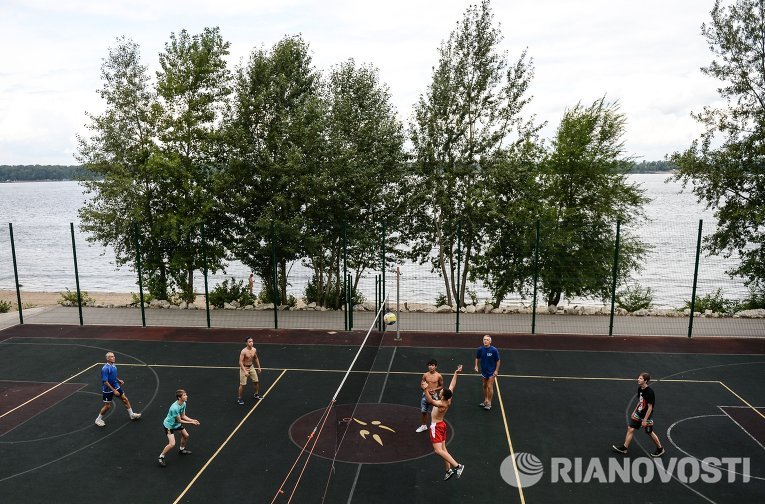 For the world Cup not only in Samara, but also outside of the city district transformed many streets and areas along the guest route. 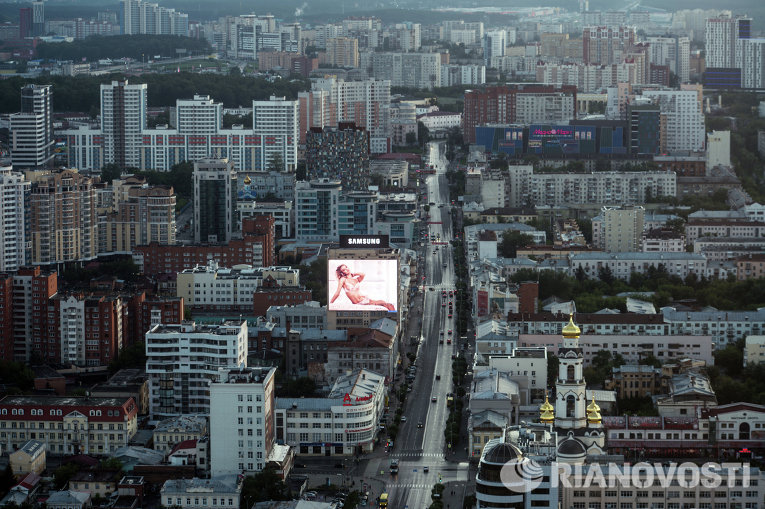 From the observation deck of business center “Vysotsky” in Yekaterinburg is visible in the radius of 25 kilometers.

The government of Kaliningrad decided to reduce the number of the streets of the ceremonial route of the world championship on football of 2018 to three. In the original list consisted of 25 city streets with a total length of about 100 km. 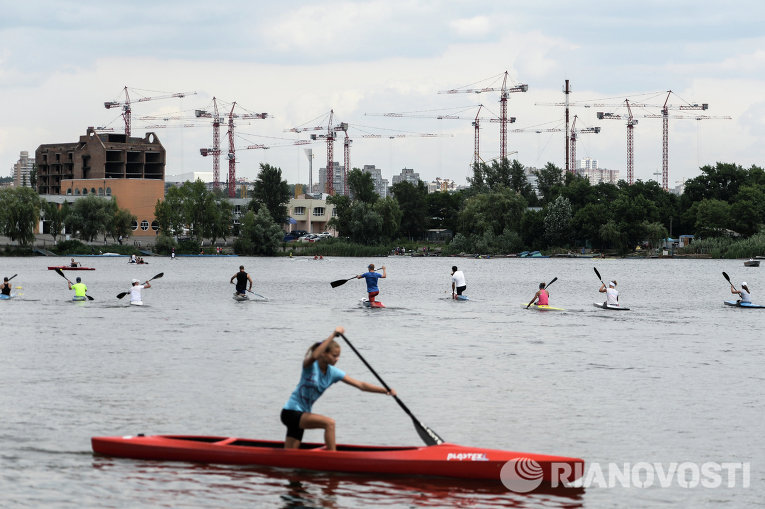 the Main object of the world Cup 2018 in Rostov will be a new stadium “Rostov arena”. In accordance with the requirements of the International Federation of football associations, the sports facility will be equipped with a helipad for emergency care. 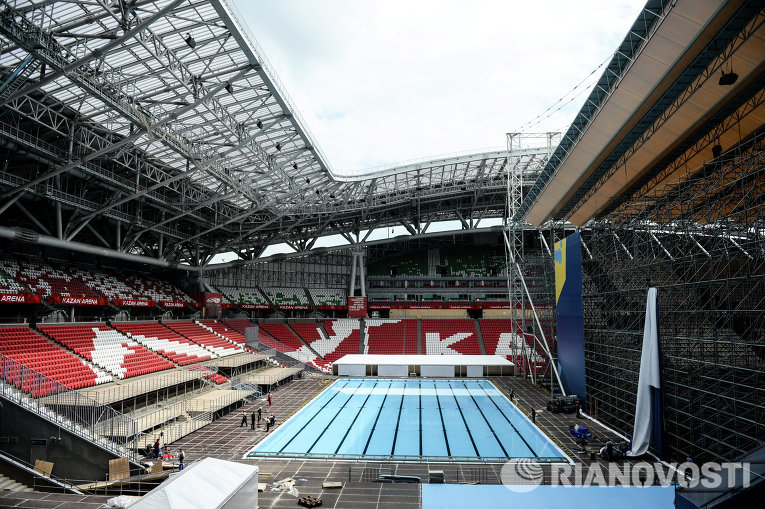 In addition to the main stadium “Kazan arena” in Kazan it is planned to use several sports facilities. 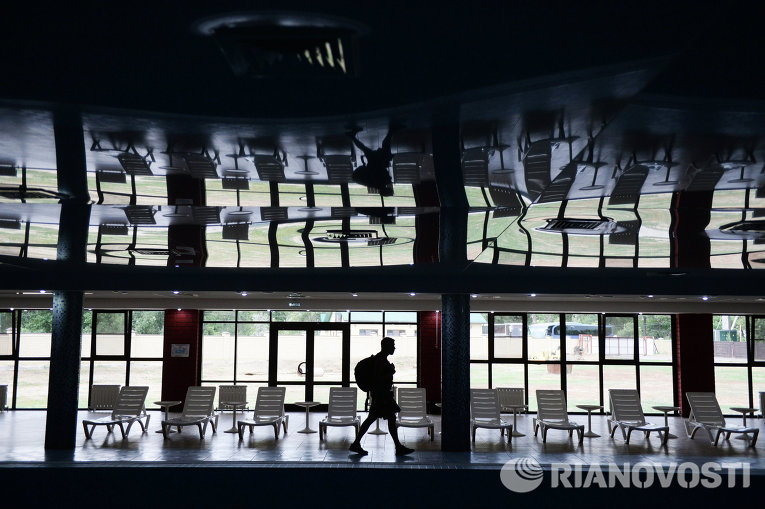 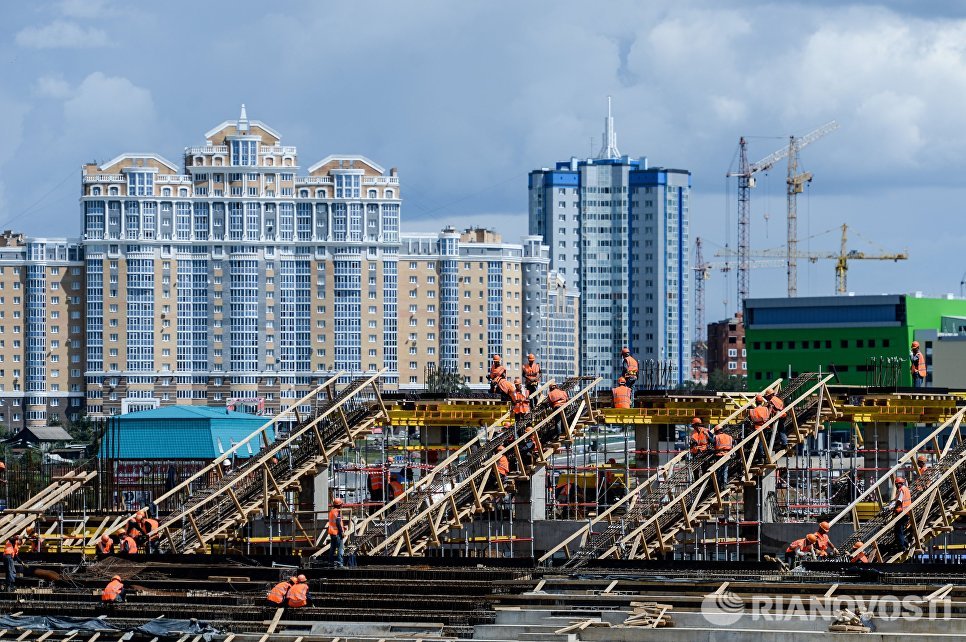 In Saransk, where it should be by December 2017 built stadium for 45 thousand spectators, a minimum of four matches in the group stage of the 2018 world Cup. /

October 24, 2017 trump Comments Off on Boxing: Ukrainian Denys Berinchyk will compete for the title of international champion WBO lightweight