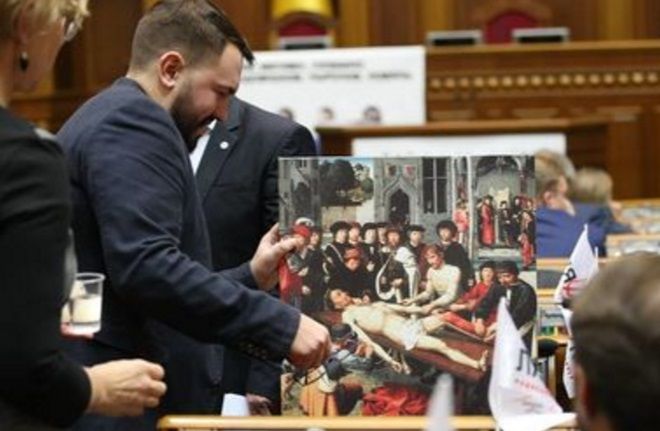 Life is short, art is eternal. Some historians attribute this saying of the ancient Greek thinker Hippocrates, others insist on a Roman authorship. In any case, the expression caught on and has become an aphorism, like many other well-known formulation – the art of prolonging life, art heals the soul, and the like. Looking at the completed Declaration of people’s deputies and Ministers, I want to believe that, collecting tens and hundreds of ancient paintings and sculptures, they sincerely hope the healing power of art, not trivial to satisfy the primitive instinct of hoarding.

As an objective assessment of the value of the declared objects of art without a thorough technical analysis is impossible, and many officials specific works in the declarations and not called, the question of how much these collections cost the people’s elected representatives, remains rhetorical…

The rating was compiled on the basis of banal total number of declared works of art: paintings, sculptures and statues, icons and old books (forgive us critics, but let’s face it, domestic policy-collectors, too, not in the museums stacks of their masterpieces are exhibited). We will remind, since, according to the rules of the e-Declaration, politicians and bureaucrats need to show in their reporting not only personal property, but also supplies members of his family, we take into account the overall “family” of the accumulation of works of art.

So, a dozen of the most ardent fans of the art (the rating involved the President of the country deputies and government members). 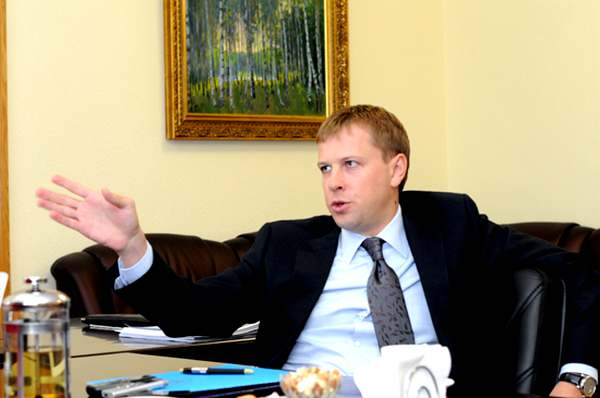 On a small Renaissance, as we see, the leader of the “Renaissance” was collected.

The former head of the Dnipropetrovsk regional state administration, ex-MP, MP from “Opposition bloc” declared many works of art: collection of paintings of the 31 pieces and 27 icons. 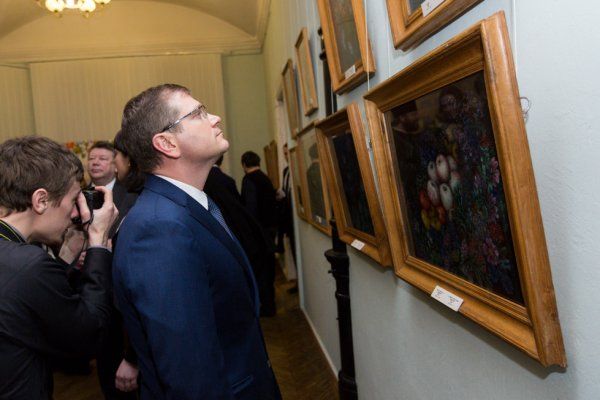 Works of art because the store where it is needed. And, probably, for this purpose, Oleksandr Vilkul received from the state 157 thousand 780 UAH. compensation for rental housing.

The Deputy head of the “Opposition bloc” declared the collection of paintings and sculptures of the 47 items, as well as a collection of 17 icons. It is noteworthy that none of the collections officer is not given any information except the total number of exhibits. 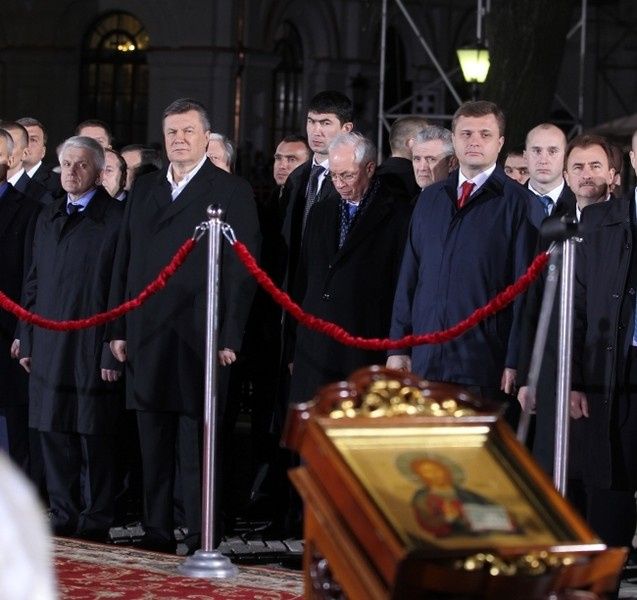 As Vilkul, Lyovochkin did not feel the need more to describe works of art he owns. Maybe they decided that after they declared 6 offshore, for works of art no one even would pay attention. In any case, icons Levochkin accurately enough to establish a Church on the site of his Villa on the French Riviera.

According to the Declaration, the MP from the faction “Block of Petro Poroshenko”, the first Deputy Chairman of the parliamentary Committee on construction, urban development, housing and communal services Dmitry Andrievsky owns 64 paintings, including works by legendary artists Repin, Roerich, Aivazovsky, Kustodiev and Kandinsky, and 15 sculptures. 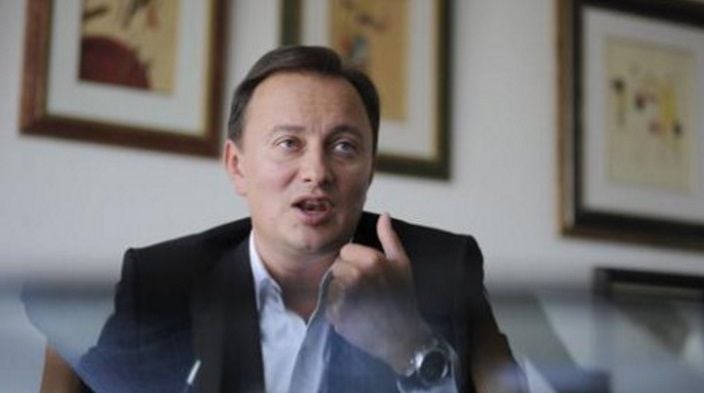 In comparison with their colleagues, Andrievsky deserves praise at least for the fact that he knew the authorship of the works of art he owns. However, we can’t help but pay attention to the special love of Dmitry of Russian painters. If there are any zrady?

According to the Declaration, the President of Ukraine Petro Poroshenko owns a collection of 84 paintings, including 65 paintings by Ukrainian and Russian artists 19-20 century 15 paintings of the “old masters” and 4 modern paintings. Also in the President owns the collection of sculptures (19-20 century) consisting of 6 items and a separate line, sculpture, Guglielmo Pugi “Boy fisherman”. 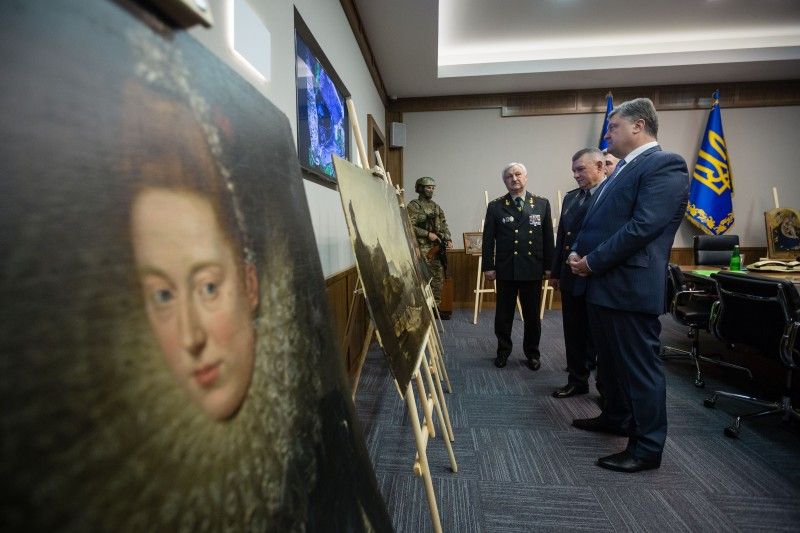 Meanwhile, Verkhovna Rada Deputy Serhiy Leshchenko said that the head of state declared that the paintings of the Renaissance master Sandro Botticelli, and paintings by Rubens, Repin and Aivazovsky. “They adorn the walls of his (presidential – ED) the house in Kozin, where the owner proudly showed their guests, including foreign ones”. We are guests of the President was not know, and in the famous apartment Leshchenko visit was not possible – there hanging on the walls, unknown to us. Yet.

An enviable collector and was Minister of internal Affairs Arsen Avakov. The Minister owns a painting by landscape artist Sergey Vasilkovsky “Evening on the Bottom”, a collection of 11 paintings of the Ukrainian painter Vachagan Norazyan, as well as an impressive collection of engravings, prints and lithographs by well-known artists of 19-20 century (78 pictures) and three icons. In addition, Avakov together with his wife acquired lithographs and photogravure authorship of Pablo Picasso autographed and engraved Karl Pluckebaum. 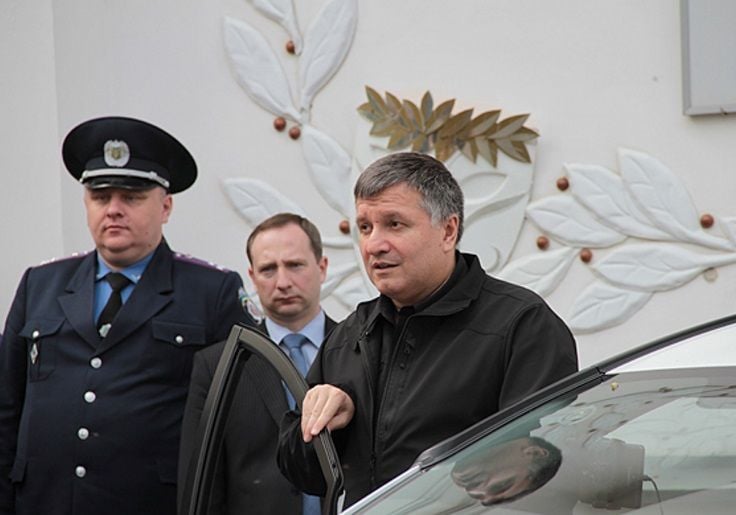 Not to admire the Minister of internal Affairs exclusively black diamond (declared by him)!

In the Declaration the people’s Deputy from parliamentary group “people’s Will” specified 95 paintings and 10 statues. Paintings, mostly of Ukrainian authors Dubovik, Kryvolap, Chichkan, there are also low-rise Geiko, guy, Gnilitsky, Khimich and other artists. In the Declaration specified, and sculptures of Michael Wilkinson. 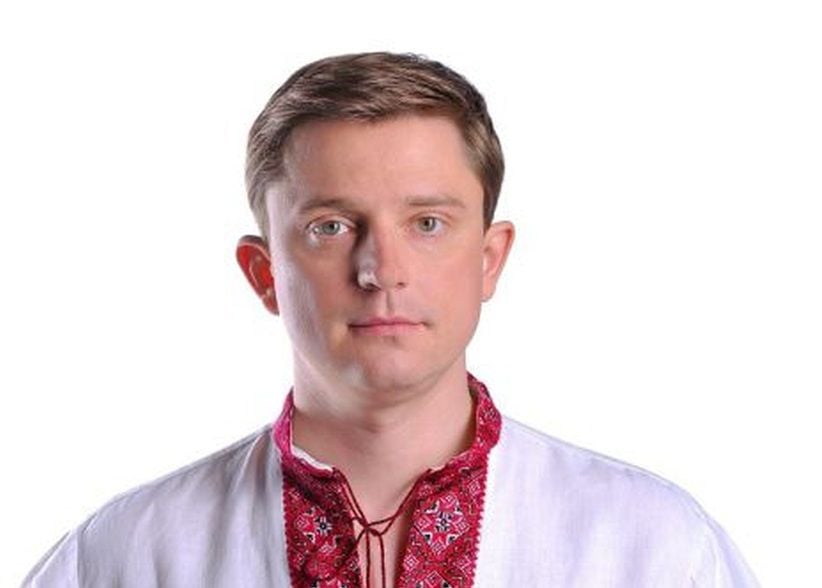 This rating proves that the MP Dovgy respects and American sculptors, not only American dollars. Recall that the order of 1.5 million dollars Oles keep “under the mattress”.

According to the Declaration, an independent MP Taruta owns 198 paintings, among them paintings Pastukhov, Bryullov, Aivazovsky, Kikoin, Chagall. 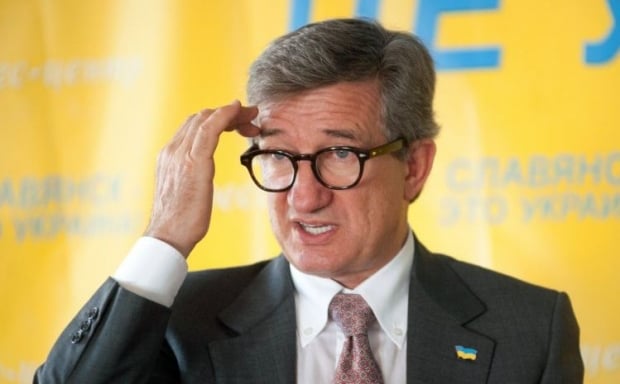 Thus, the head of the Subcommittee on the protection of historical and cultural heritage of the Committee of the Verkhovna Rada of Ukraine on culture and spirituality – not in word but in deed protects cultural heritage. Personally! 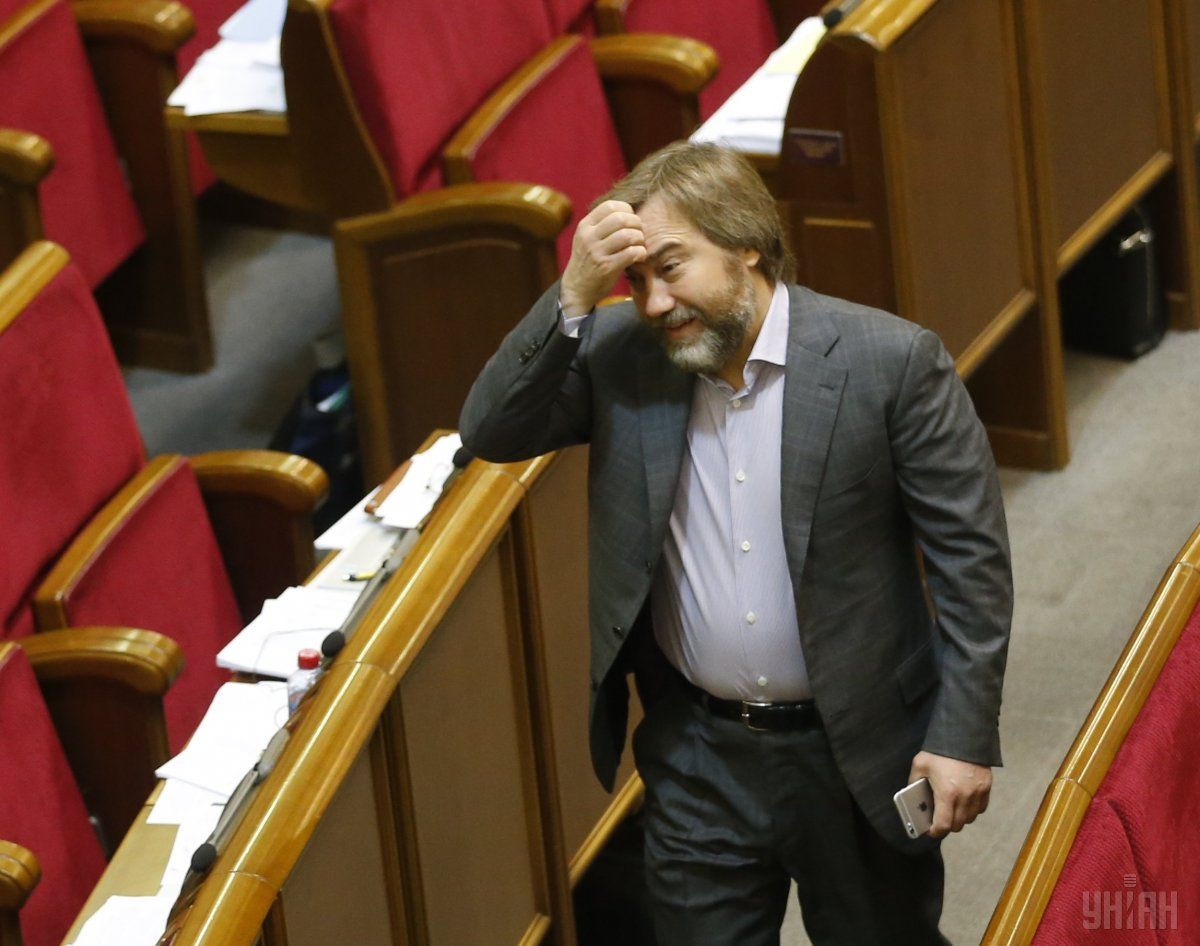 Frankly, from such an illustrious lover of the Russian Orthodox Church and friend of the Moscow Patriarch Kirill, we expect the ratio cretini/icons. Somehow it is unspiritual to spend on not any original painting any more space than godly figures. However, perhaps it is all in the upbringing and cultural environment, where personality was formed Novinsky: as you know, a large part of his life he spent in St. Petersburg, at most, we can say, the Foundation of the Hermitage.

MP of Ukraine, member of Verkhovna Rada Committee on budget, declared that the collection of paintings, consisting of 287 units, and in the best “traditions” of colleagues from the Opposition bloc did not name any of them. 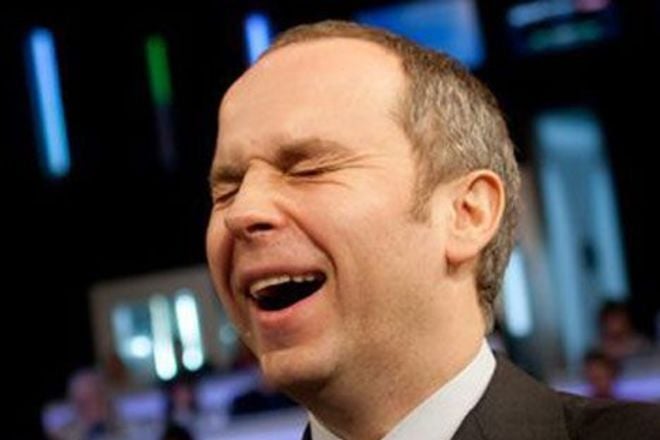 By the way, Nestor Shufrych is a leader in the second our rating. It not only stores massive amounts of money cache (in the list of fans of cash he recall, is among MPs and Ministers 2 places with mattress, full of different currencies in total the equivalent of nearly 237 000 000 UAH), but also, apparently, lives in the present Louvre.

…That Ukrainian officials are accustomed to luxurious life for a very long time for anybody not news. Unfortunately, “pankovskie” habits, passion for accumulation and the Ponto – not the exception but rather the rule for a certain circle of people. Bad that all these hundreds of works of art are in private collections, although they could be hanging somewhere in the galleries and museums, delighting not so wealthy citizens.

However, the fact of the possibility to see who owns which paintings, sculptures and statues – this is a huge victory. Now, according to the plan, the declarations of officials are subject to audit by the National Agency for prevention of corruption, so, you see, and “Mona Lisa” something on someone’s dacha will emerge.

Poroshenko promised Ukraine the transition from survival to development.

June 3, 2016 trump Comments Off on Poroshenko promised Ukraine the transition from survival to development.

April 3, 2018 trump Comments Off on Disclosed are spending the Bulk of the calls to boycott the elections

March 18, 2016 trump Comments Off on The Russian foreign Ministry called “disrespect” the EU statement on Crimea