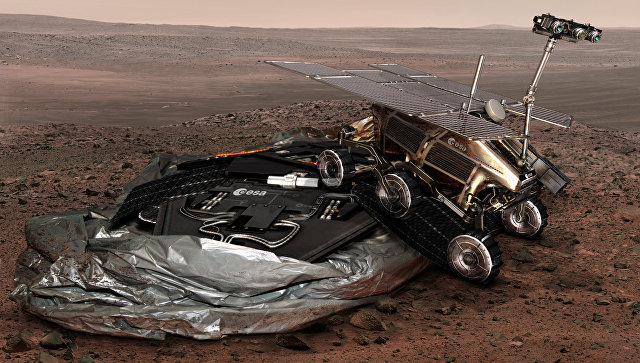 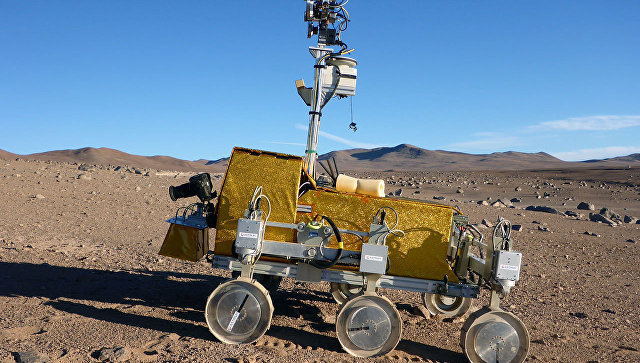 Prototype European Mars Rover, which is scheduled to launch in 2018 in the framework of the project “Eczemas”, is being tested in Chile / 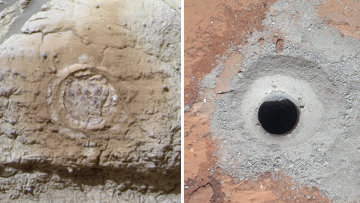 Subsequently, studies chlorine chemistry in the earth’s atmosphere has led to the fact that for these observations was given the Nobel prize in the mid 90-ies. All current climate agreements and treaties to ban the production of CFCs and their use in refrigerators, air conditioners and other devices are, in fact, the implications of these studies of the atmosphere Venus.

And basically, if you take two of our closest neighbors – Venus and Mars, we can say that they give us two extreme cases of the evolution of the planet’s atmosphere can go a catastrophic scenario. They are showing for us, and an example of what could lead to such fate and serve as a kind of hint in order to avoid the same fate.

— Given the similarities of the mission “Eczemas-TGO” and the American probe MAVEN, do you expect the exchange of information and strengthen cooperation between Russian and European scientists on the one hand, and NASA on the other?

— Generally speaking, these probes have completely different equipment, and they solve very different tasks. As for the “ExoMars”, you can say that is a very broad cooperation with European scientists. Almost all European scholars related to the study of planetary atmospheres, are co-investigators in our project. Due to the fact that ExoMars is a joint project of the European space Agency and Russia, all received data will be made freely available and virtually anyone will be able to analyze the data.

For NASA, this situation does not apply, but I am sure that some kind of cooperation with them too. Don’t think of it as a specific guidance, but over time NASA will also be involved in their analysis and maybe they will share the results with our MAVEN and European scientists.

— Will the “ExoMars” to understand whether Mars “warm and wet” after nouveu era as it is today according to many planetary scientists, or he was completely devoid of water?

— I think that will help. One of the main objectives of the “ExoMars” now – find out where did the methane on Mars, as he evolyutsioniruet and why is it there exists today. Why? There are serious grounds to assume that the methane on Mars has a biological origin.

All geological processes on Mars that could produce this substance, would have to result in the evolution of sulfur dioxide, which is missing in the atmosphere of the red planet. This indicates that methane on Mars could be the result of microorganisms.

If so, and the “ExoMars” will confirm the presence of methane and absence of sulfur dioxide, it will be a unique situation – astrobiology and exobiology happens to be will have a real object for research. Yet this object is hypothetical, and we have a chance to get something real.

To help you to solve this problem for those Russian instruments that will be mounted on the landing platform for the Rover “Pasteur”, which will go to Mars in 2020 under the second part of the “ExoMars”?

— I believe, Yes, it will. But above all, our main hopes are connected with the orbital module, and that part of our complex ACS, which operates in the middle infrared spectrum. Its main task is to monitor the methane concentration and how it changes from place to place. Excess methane can attest to the fact that there are colonies of bacteria producing methane. Accordingly, it can help us to localize possible sources of life on Mars.

Recently the mankind unexpectedly found the probe “akatsuki” that everyone thought was irretrievably lost. What do you think, will it help us uncover the mysteries of Venus’s atmosphere, whether it will complement the data that was received “Venus Express” and the Soviet probes?

Well, I certainly hope that Japanese colleagues will get new information that was not available to previous devices and missions. In particular, the “akatsuki” have the detectors of the lightning, which was absent on the “Venus Express” and other orbital modules, and I hope that they will collect interesting data.

I, however, in that respect, not too flatter – still possible in this mission are quite modest, and I wish the Japanese all the best in working with “akatsuki”.

— Your colleague from the RAS Institute of space research Leonid ksanfomaliti, enjoys analyzing pictures of Venus from a Soviet probe, which, he argues, can be seen living beings. How do you feel about such statements, as far as is permissible even in order of discussion, as expressed by the academician Marin?

— I repeat what I have said many times. My attitude to such works about the same as I feel about aliens. On the one hand, there seems to be lots of evidence that they are, at the same time, there is no direct evidence of their presence. The problem is very muddy and undefined. There are people who claim they’ve seen aliens, but the probability of this is extremely small.

Same thing here – people see something, interpretiruya it as having a kind of strange life. To say that all they see is nonsense, I do not presume, but to take it on faith that these objects are evidence for the existence of life in unbearable conditions of Venus, I can’t.

The head of SAP — RBC: “the closeness of the Russian market we do not believe”

April 19, 2016 trump Comments Off on The head of SAP — RBC: “the closeness of the Russian market we do not believe”

In India conducted a successful launch of 8 satellites

September 26, 2016 trump Comments Off on In India conducted a successful launch of 8 satellites